There are few of us who start drinking coffee because they had a short black. You might have loved looking at them because they can be a very, good looking beverage. They can be a dinner suit at breakfast. Shiny, sharp and fun loving. Temptation means you try one. And. And, you go never, never again. That was nasty. Why, you say, would anyone drink that? You can’t help but consider a flat white more refined and a superior coffee.

The fact is a short black can be as good as a flat white. And the same coffee can be as good for a flat white as for an espresso. But this espresso is a definitive style. Historically, it’s simply about how people used to drink espresso and love it. It’s kind of the reverse of what is happening today in roasting, where fine single origins are roasted perfectly, to get the utmost out of the bean. But such a style does not have a pervasive kick of raw coffee flavor. Fine single origins are simply more refined, complex and salubrious on the pallet.

I had certainly drunk bucket loads of flat whites before I had a short black. The first time I really had a short black, when I went wow, what the hell is that kick was when I was 17 and staying with a Spanish family.

I was supposed to learn Spanish but was a useless student because I was a either a very slow learner or a very fast forgetter. Still, I excused and soothed my ignorance by noticing if waved your hands around that would generally be sufficient. Besides if you had one Spaniard around the table, it was hard to get a word in edgeways. Two Spaniards it was impossible. A Spaniard starts talking immediately they get up. They probably start earlier because they never seem to go to bed. Early in the morning they merely talk to themselves but by evening there is a lot to talk about and they talk to everyone at once. At least once a week, however, there is a morning when everyone starts talking to everyone at once earlier, around 4.30 am.

What happens is everyone gets up at 3am, you drive in the cold and dark of the morning and go to a bar at the bottom of a mountain. There will be a blazing fire and lush overhanging vines across a many seated patio. It is a shooting party this was their initial meeting place. Spanish meetings are much better than most meetings because you are going to enjoy yourself. This particular bar was a happening spaghetti western style of a place. Standard dress was a sheepskin sleeveless jacket or coat, men in their prime wore no shirt they had heavy multiple leather ammunition belts worn loosely across their shoulders. You carried your weapons rifle and shotgun with one arm. In the other hand you held a short black cup and lent on the bar with your elbow. You alternated the short black with a shot of brandy, from a short stemmed cognac glass. They spoke and planned around the stray wolves and seasonal game birds that were passing through their farms. Back to the espresso coffee, it had a flavor that was as rough and raw but equally as exceptionally amicable, as the Spaniards in the bar. It was a strong coffee flavor that carried the day in front, taking your mind from slumber to life. With a shot of morning brandy it seemed outrageous. Certainly none of those miserable and drab, looking people with their nose pointed towards the scent of money or the newspaper radiated the raw energy, friendship and laughter of the gathered Spaniards. They did start the day enthusiastically with this breakfast recipe. This was their life style, up before dawn to work in

The Spanish style of espresso was about the sophisticated rustic peasant. And it was this particular raw gamey coffee espresso style that suited their life. It is an acquired taste when all you have consumed is coffee and milk. But equally this coffee is good because it’s strong enough to cut through the milk and taste of coffee. So, what’s in it? 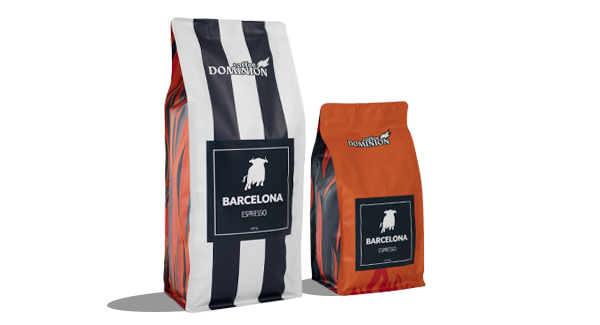