We all get confused at one time or another. Sometimes we find we are prone to getting confused quickly, someone knows their way to talk around us and you are lost in uncharted waters. It's the same with the French roast. You have to unreservedly say the French remain home to way of embracing the true culinary with a remarkable obstinacy in a time of limited time. But when it comes to coffee, this seeming near pervading rule is broken for you have to say it’s some of the worst on the planet. This is so dishevelling, it quite simply beggars belief that a nation so captured in food and wine should treat their coffee so bombastically. Its disrespectful.

But there is a story as to why coffee is treated like this and why there is the French roast. It’s a history story. The French had a lot of Colonies down the West Coast of Africa, Ivory Coast, Foreign Legions and beautiful skins, ornate shaped vassels, camels and elephants and the such like. Amongst all this the French botanists found the the robusta varietal of coffee. The West Coast of Africa and the Congo are home to robusta varietals and Ethiopia the Arabica varietals. Notably, the Ethiopians have enjoyed drinking coffee from a long, long time ago. Notably, on the other side, there is no recorded history of the tribes around the Ivory Coast or elsewhere where the robusta really enjoying a cup of robusta from a long, long time ago. So you get the drift. The French on the other hand have a noted history of drinking the stuff. 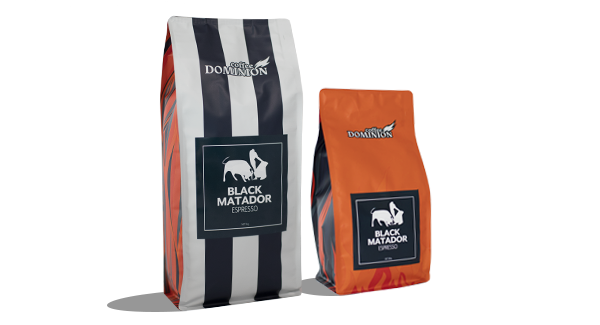 Though the tribes of West Africa did eat the robusta bean it was a favourite of the native north African elephant that became extinct with their slaughter in the gladiator arenas of the Roman colonies in subsequent period. It was these elephants that the Carthaginians and Hannibal as their leader invaded Roman Italy from their bases in Tunisia and Spain. It is said that they were great in battle because they were half baked on “elephant juice” being some heroine. Obviously, the Carthaginians might have had a drug of choice but it was not refined opium from China in those days. This smaller elephant was half baked on robusta plants, they had a caffeine high going into battle.

The French got to drink it because by law the French government said they had to import from their ex colonies to keep the trade going. So, the French were stuck with this robusta coffee, well, the only thing they good do was make it dead cheap, roast this stuff as dark as they could to give it some real roasty flavours and sold it. Since this was the only coffee going the French acquired a taste for it and so do other people. It’s a powerful strong taste.

Basically we could say the French roast is roasted that dark the oils from the beans all start flooding out like sticky brown jelly. Some French roasts are emptied from the roaster and are covered in coffee oils quickly and its irritating to have to keep washing the roasted coffee containers out because of this. But its nice to get some oils at some time. As such, it’s better that the oils start coming out over a week or so, the oils don’t go rancid so quick, so the oils oxidise like a cut avocado go rancid. It’s a strong bitter coffee. Great for dunking your hard flaky croissant in, vastly improving the taste qualities of each component.

The French thought they could make some money out of growing the stuff, they knew it was not as good as the Ethiopian product but they could sell it cheaper because it was easier to grow and yielded well. People throughout Europe imported it and used some of it in blends and such like but until instant coffee came along, the only legislated country that had to import 100% of its coffee, of the robusta varietal, from its ex colonies to keep the market going.